What Causes Scalp Fungus and The Best Treatment That Works Instantly! 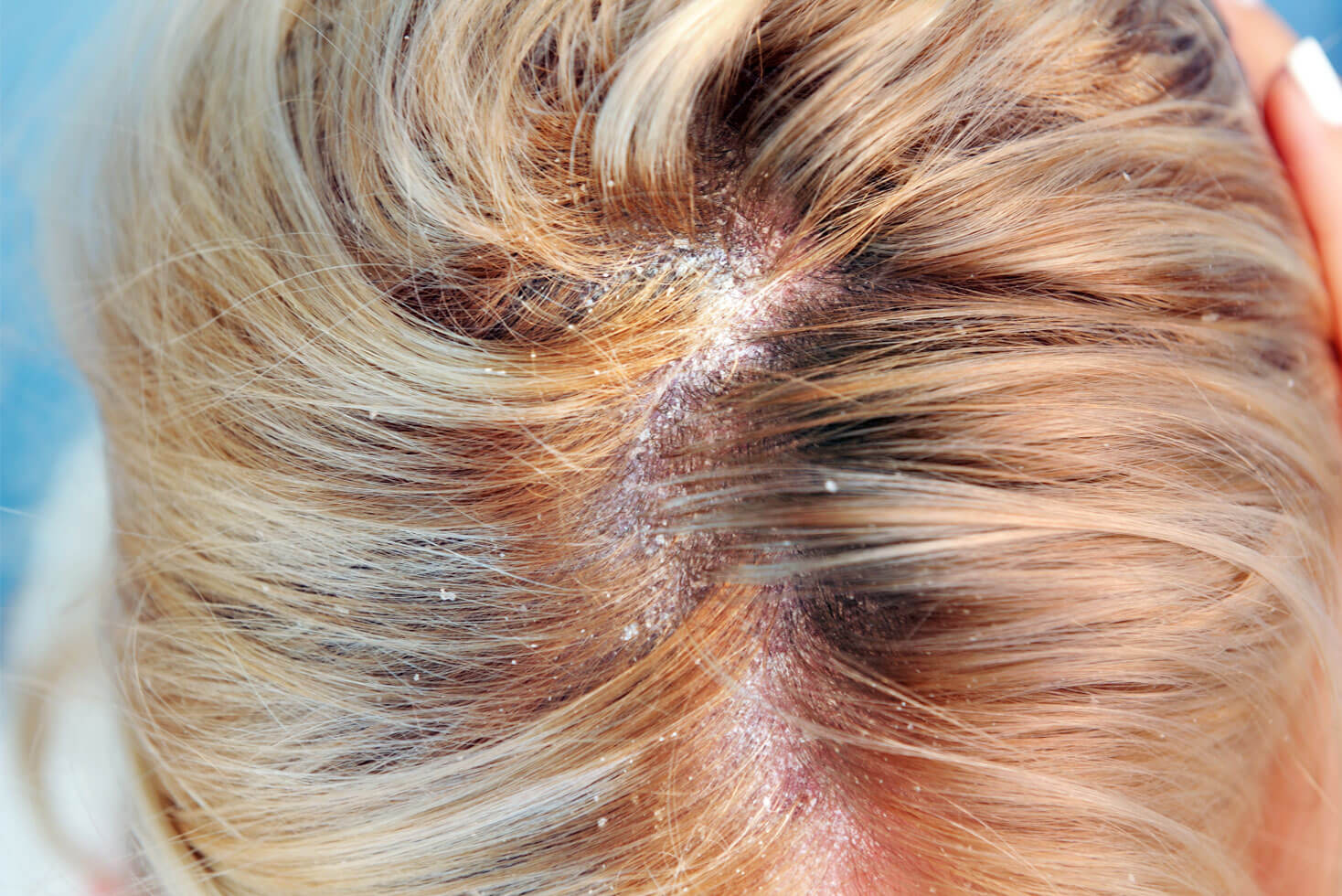 As an Amazon Associate we may earn a commission from qualifying purchases. Learn more

Scalp fungus is, unfortunately, a very common issue for people across the world.

It causes itchiness, it’s uncomfortable, and it can even lead to hair loss if you’re not careful. So in this article, we’re going to discuss what scalp fungus is, what causes scalp fungus, and how you can remedy it.

Thankfully, scalp fungus is one of the most common forms of scalp infection and is well-documented. This means that there’s plenty of information about it, and many effective treatments to deal with it.

What is Scalp Fungus?

Scalp fungus is often known as:

It’s a fungal infection that affects your scalp and hair follicles.

Some of the most common signs of scalp fungus include:

It’s a highly contagious infection that is common in toddlers and school children. This is due to outbreaks that are easily spread through physical contact.

Scalp fungus is caused by fungi known as dermatophytes. They feed on dead tissues on your hair and outer layers of your skin. They thrive in moist and warm environments such as sweaty skin, which is common on your scalp. Poor hygiene will often cause your scalp fungus to spread more quickly.

Scalp fungus is most commonly caused by transmission from the infected carrier. This can be children, pets, or other adults. It happens from sharing combs, bedding, or other objects like towels. If they have been used by an infected person, then you also risk being infected by scalp fungus.

What Are the Symptoms of Scalp Fungus?

There are many common symptoms of scalp fungus to look for:

If you notice any of these symptoms, then there’s a likely chance that you may be experiencing scalp fungus.

How Is Scalp Fungus Transmitted?

One of the most important things to note is that scalp fungus is contagious. This means that it can be passed from one person to another. This makes it vital that you identify if you have scalp fungus so that you can take safety precaution methods. This may involve keeping your towels separate from other household members or limiting skin-to-skin contact.

Human to Human
The most common method of transmission is from human to human. This typically involves skin-to-skin contact with an infected person. Children are often carriers of scalp fungus due to the likelihood of transmission at school.
Animal to Human
If you have dogs or cats, then they could become carriers of scalp fungus and infect you with scalp fungus. Other animals, such as pigs, horses and goats, can also be carriers.
Object to Human
Lastly, scalp fungus can also spread through contact with objects and surfaces that someone with the infection has touched. For instance, if you share a towel or bed linen with someone infected with scalp fungus, you could also be infected.

Can Scalp Fungus Affect Other Areas of the Body?

Yes. The fungi that cause scalp fungus can also affect other areas of the body. While still known as a fungal infection, they have different names depending on what part of the body it has infected. If someone in your home has scalp fungus, then it’s likely that these areas of your body can also become infected through human to human or object to human transmission.

If you notice symptom similarities between your scalp fungus and areas of your body, you should seek assistance from your physician. These types of fungus can easily spread from person to person, making it a top priority to deal with the infection as soon as possible.

How is Scalp Fungus Diagnosed?

The most common way to diagnose scalp fungus is to inspect it visually. Your physician may use a Wood’s lamp to light up your scalp and look for signs of scalp fungus. If your physician is unsure, they may take a hair or skin sample from the scalp to confirm their diagnosis. This may take a few weeks because it must be examined in a lab.

The most common form of treatment is to use antifungal medication or shampoo. This includes Grifulvin V Suspension, an oral medication that is often prescribed by a physician to clear up your scalp fungus. Another possibility is terbinafine hydrochloride, such as Lamisil. In terms of shampoo, there are options such as prescription ketoconazole or selenium sulfide.

It’s important to note that medicated shampoo cannot stop scalp fungus on its own. Instead, it stops it from spreading and must be combined with other types of medication in order to treat it fully.

Recovering from scalp fungus takes a long time, and you may be required to take medication for a while before you see any noticeable changes. It’s important to check with your physician every few weeks after your treatment is prescribed to keep track of any improvements and changes.

If the cause of transmission was from a pet, then it’s also important to take your pet to a veterinarian to have them examined. This will help prevent reinfection in the future. You’ll also want to focus on prevention methods in the future.

Scalp fungus is most commonly transmitted from an object or person. As such, it’s important to focus on ways to prevent scalp fungus from happening in the first place. Due to its highly contagious nature, you can help reduce the risk by following these simple steps.

Make sure you and your family members stay hygienic by washing every day and shampooing your hair thoroughly. Make sure you also wash your hands at regular intervals to prevent the spread of the infection. You’ll also want to keep your home clean and wash towels often to prevent the fungi from spreading.

Inspect and clean your pets on a regular basis to ensure that they aren’t carrying ringworm, which could trigger scalp fungus in humans.

Whether it’s combs, towels, or hairbrushes, don’t share personal items and give everyone in the household their own set. This will drastically lower the chances of an object to human transmission.

Use a clarifying shampoo

A clarifying shampoo as part of your daily routine will help keep your hair clean while providing anti-fungal properties that can protect it against scalp fungus.

The Best Clarifying Shampoos That Remove Bacteria and Fungus »

Educate yourself on scalp fungus

Scalp fungus isn’t a difficult problem to overcome or prevent, but it does require knowledge of it. Make sure you understand what causes scalp fungus, how to diagnose it, how to treat it, and how to prevent it.

By following these tips, you’ll drastically lower the chances of reinfection or contracting scalp fungus in the first place. At times, being infected by scalp fungus may be unavoidable due to how easy it can be transmitted from person to person. As such, staying hygienic and shampooing your hair with a clarifying shampoo can help protect your scalp.

Scalp fungus is a common problem due to its highly contagious nature. By focusing on prevention methods such as keeping your scalp clean and using a clarifying shampoo, you can reduce the chances of experiencing scalp fungus yourself.

We also suggest looking into shampoos such as Nizoral A-D shampoo, one of the most common non-prescription over-the-counter ketoconazole shampoos. While it’s not as strong as prescription ketoconazole, it can be an effective way to protect your hair by preventing the scalp fungus from spreading. It’s mainly used to control dandruff, but its antifungal properties can also be used for scalp fungus. 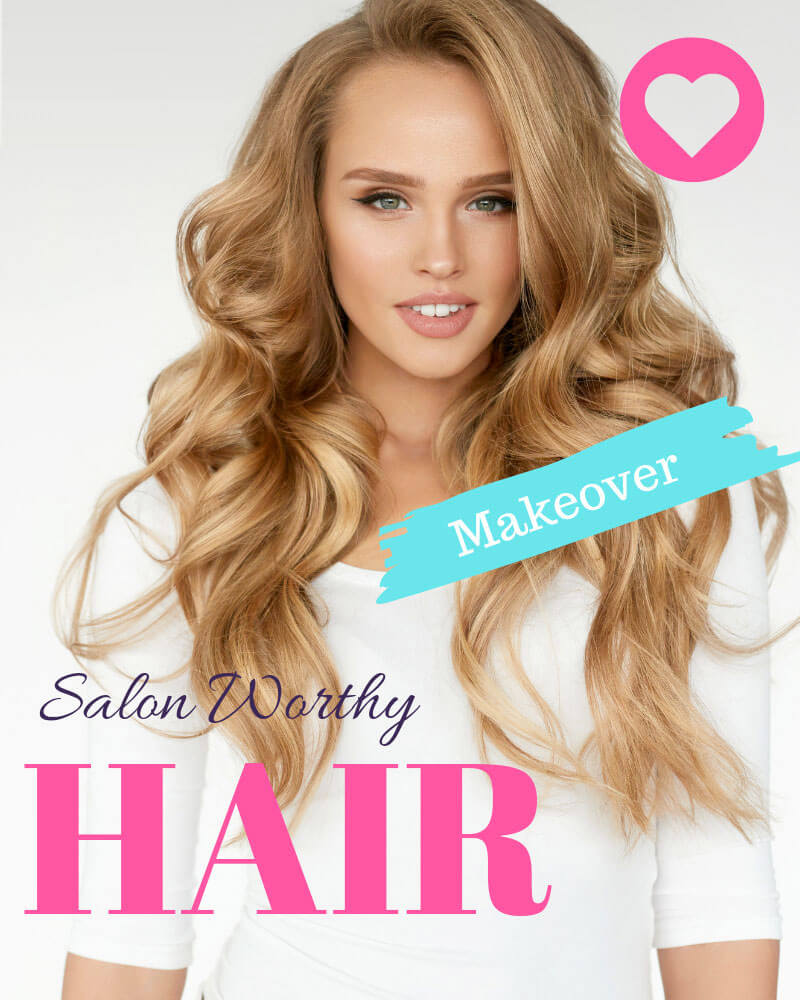 How Do You Know if Your Hair is Heat Damaged …
How to Use A Clarifying Shampoo to Remove Hair Color …
Does Root Touch Up Damage Hair?
Why Does Sea Salt Make Hair Wavy?
Kiehl’s Scalp Purifying Anti-Dandruff Shampoo Review
Calcium Buildup In Hair – The Sneaky Culprit That’s Choking …
The Best Sulfate Free Dandruff Shampoo for Keratin Treated Hair
What Does A Neutralizing Shampoo Do and When To Use …
Get Yours →

We recommend this product

Can You Brush Your Hair After A Keratin Treatment?

Frizz Is Not A Hair Type. It’s A Condition. And You Can Fix It Right Now

What Is An Anti Aging Hair Treatment Exactly?

How Long After A Keratin Treatment Can You Color Your Hair?

The DIY Avocado Hair Mask That Will Make Your Tresses Gleam 🥑✨

I’ve Tried The NEW FoxyBae Hair Straightener Brush That Everyone’s Talking About And The Results Were Amazing!

The Theorie Hair Serum With Argan Oil And Helichrysum Is Sheer Divinity !